I've decided recently to start a 20mm civil war project. When I was younger, these plastic figures were my first step into miniature war gaming, so I'm venturing back into my roots. I just received a bulk order of these figures off eBay. Last weekend I was able to get them cut off the sprues, washed, and a handful primed gray.

As far as basing is concerned, I'm going with four figures on a stand in a single rank, two of these will be put together to make a double rank battle line. I'm using some bases left over I had from some Perry brothers boxed sets, don't recall the actual size. I'll probably do some singularly based figures for use as skirmishers as well. I have not fully decided yet, but may base officers and NCOs on single bases too.

The rule set I'm going to use has not been declared either. I have a bunch of good ones to pick from. Once I get a sizable force together I'll start working on that problem. 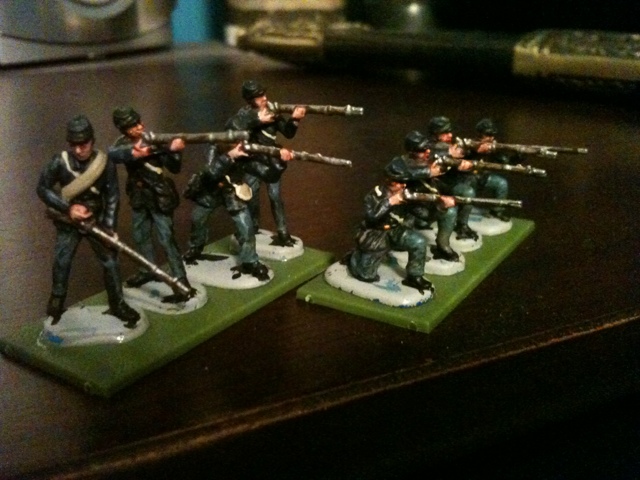 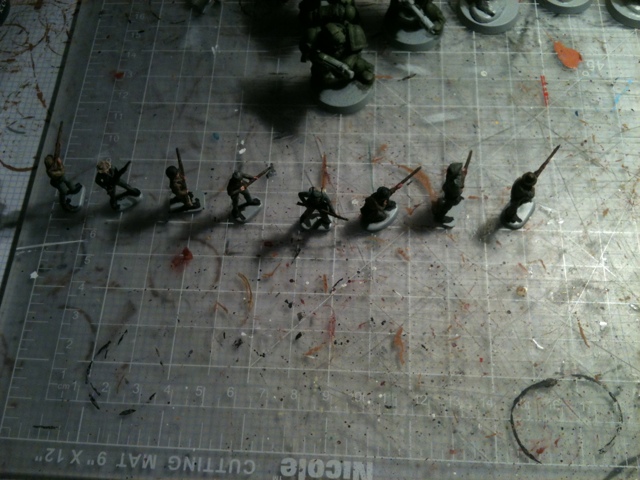 This is a new collection by Sash and Saber in 40mm scale. At moment I have just some hungry wolves and skirmishing French on retreat. They are beautiful figures, very well sculpted and they paint up nicely too. Now, I just need to get some skirmish rules and scenarios for them. I have a pile of rule books, especially skirmish style rules to choose from to include Sharps Practice, but not sure yet. I have been thinking about adapting Games Workshop's Lord of the Rings rules for use with horse musket era battles, but not yet decided. 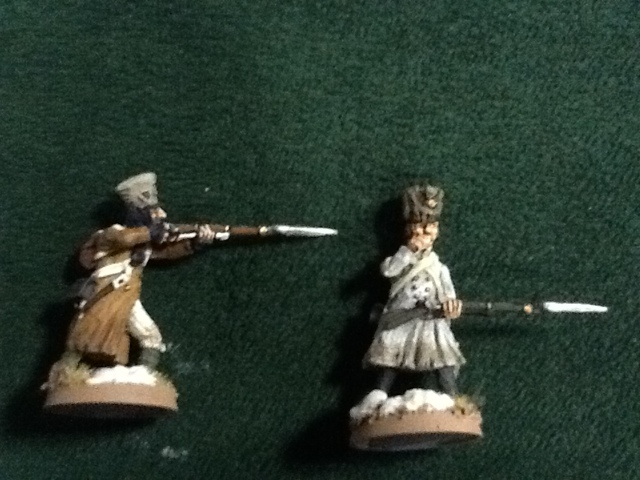 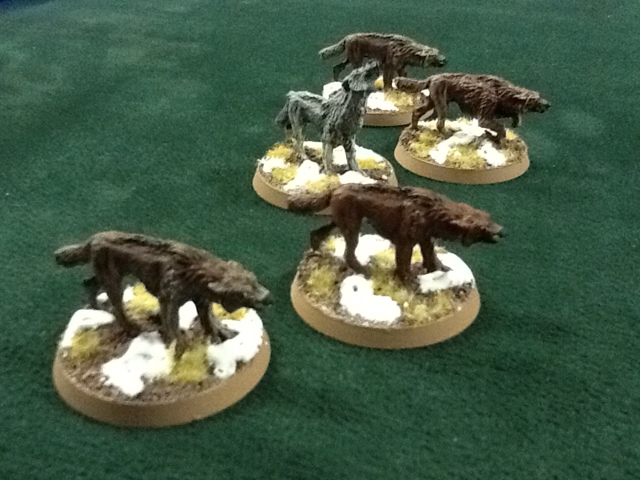 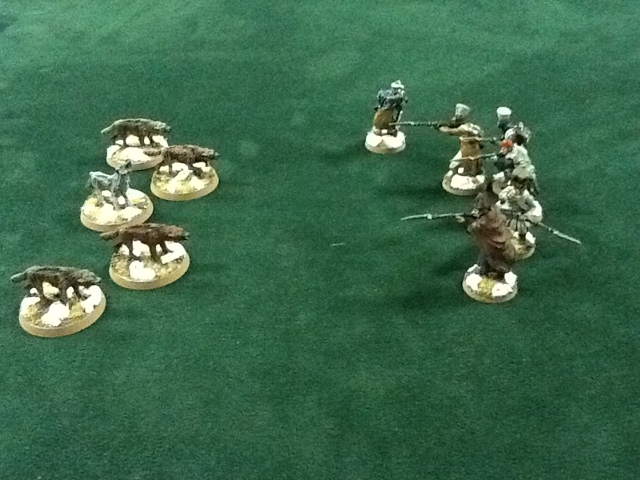 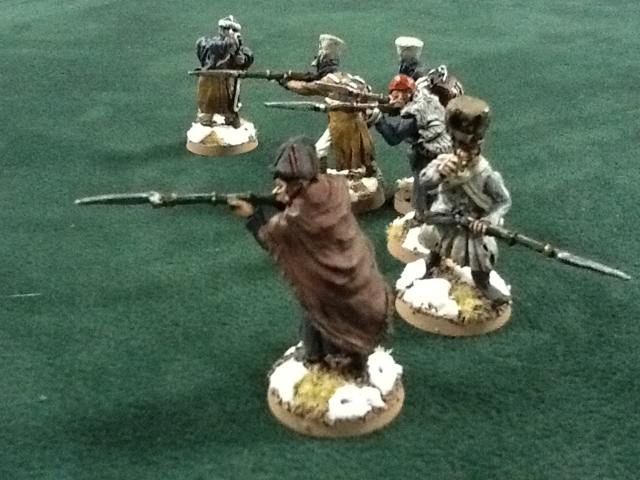 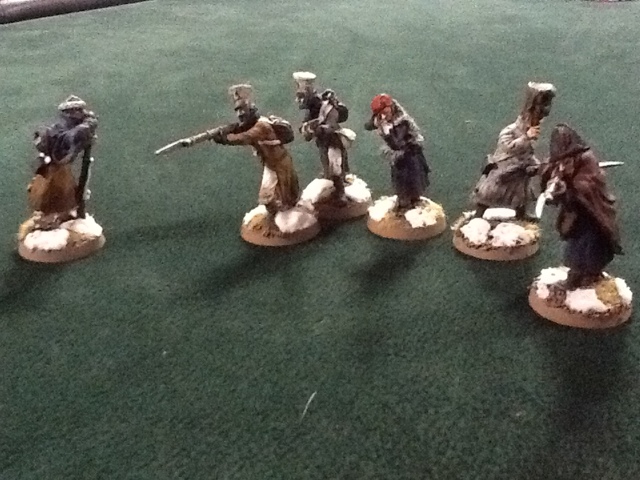 Email ThisBlogThis!Share to TwitterShare to FacebookShare to Pinterest
Labels: Retreat from Moscow

I've recently got into painting 54mm toy soldiers, focusing on WW1. These are the first "trial" figures I did. One being an early war German and a Scottish soldier with a kilt. They are made by Armies in Plastic and are pretty good sculpts. Clear and crisp once painted up. I like the color schemes I came up with, so now it's time to start painting in batches to bulk up these forces. 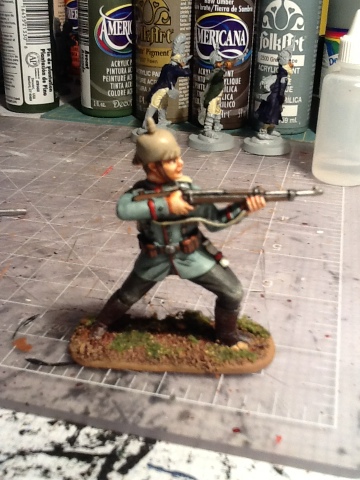 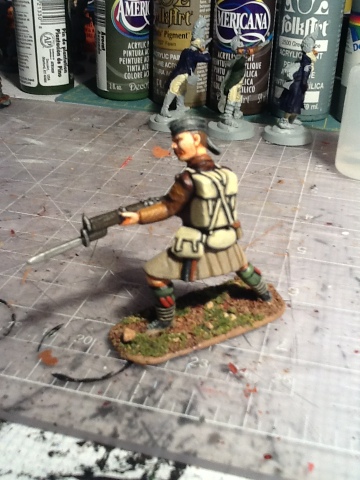 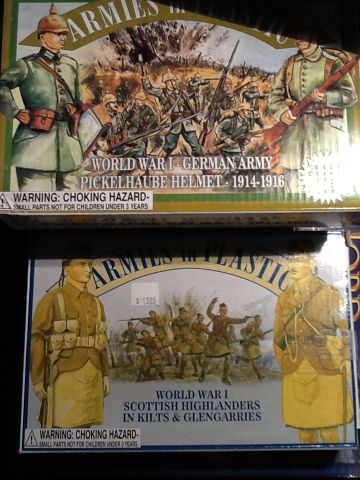 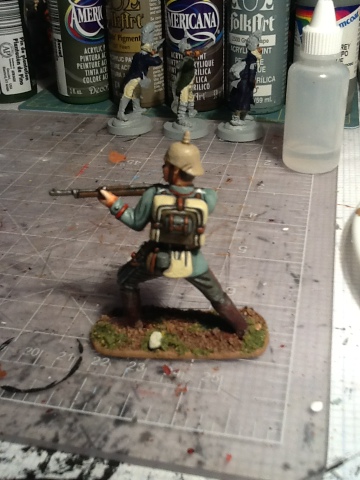 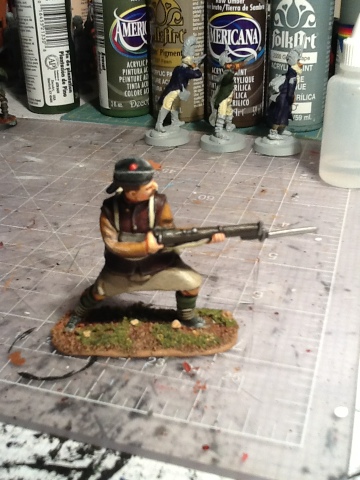 Hoot
Welcome to my blog! It will be following my painting, drawing, and wargaming trials and errors. I have been do all three for over 15 years now and I'm still learning. Perfection is never achieved, you only get better from practice. So, stop by, see what's happening, and I invite you to follow along. Thanks and enjoy!!!